20 Slogan on World Population Day in English and Hindi 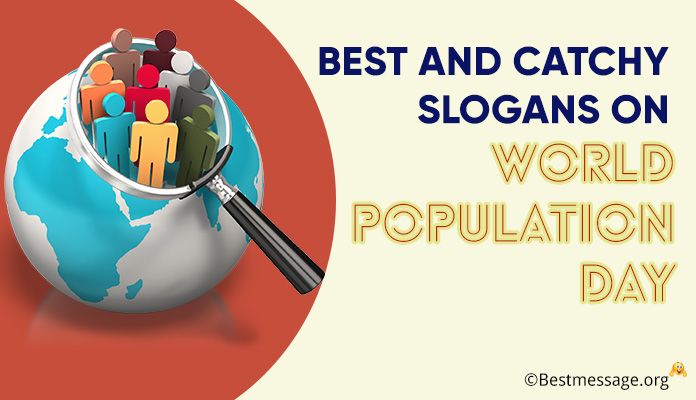 “Overpopulation is one problem which can create many other problems.”

“Let us join hands to control population and save this world.”

If you wish to have more than two children then adoption is the best thing to do.”

“It is very easy to add more heads to the world but very difficult to maintain them.”

The quality of life would depend upon the population of the world.”

“Keep the population under control so that there is better life for everyone on the planet.”

Want to have a better life? Say no to over population.”

Slogans on Control of Population Growth

“Control the growth of population to make life better for each and everyone.”

“Plan your family right to protect the planet and control the population growth.”

Take a pledge to make this world a better place…. To control the growth of population.”

“Controlling the population today will reflect in its benefits in our tomorrow.”

“More people on the planet mean less space for each one of us.”

“Earth will not be able to carry the increasing load of population for long…. Wake up!!!”

“By having a small family, you can have a happy family.”

You may Like also: World Population Day Messages for Students

We can only save the planet by controlling population.

Let us act before there is a mismatch between population and resources.

We must admit that overpopulation is a problem and then must act.

Taking overpopulation lightly will prove to be a big mistake.

Slogan on Population Control in Hindi