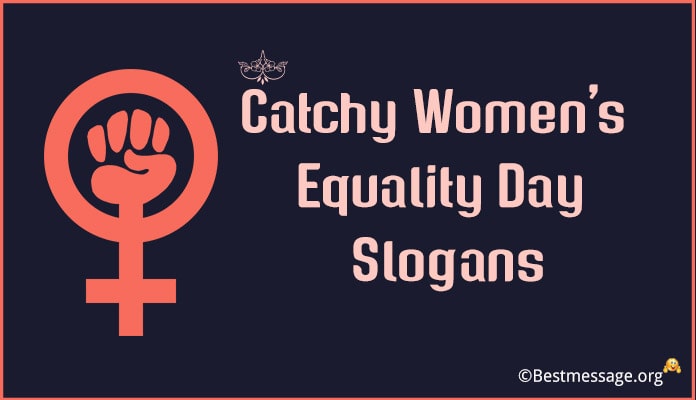 Here is the newest collection of original Gender Equality sayings and Women’s Equality slogans which make an inspiring share on Facebook, WhatsApp.

Never ever discriminate anyone based on gender because that is the biggest crime towards humans.

Each and every human is equal and must always be treated with equality.

We want justice for gender…. Equal rights for both men and women.

Rights for women are rights for humans.

God created men and women and he treats them both equal.

Sun or moon, air or water, all treat women and men equally.

It is we who have created so many differences between men and women.

Equality is their birth right.

Women are as strong, as determined and as powerful as men.

Equal rights for both men and women!!!

Stand up to defend your rights.

Treat women equally and see the world change for better.

If women are treated with equality, the world will then progress in real sense.

We want to live without violence and discrimination.

Don’t let gender be the measure of their potential.

Men and women complement each other and therefore they are equal to each other.

When nature doesn’t discriminate between them they why do we.