Anniversary Messages for Parents in Law 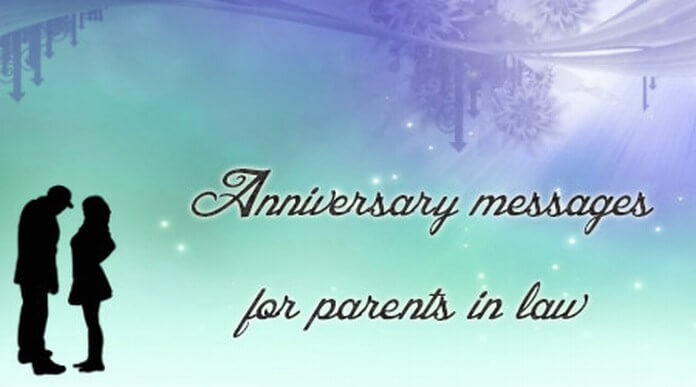 A list of nice anniversary message samples for parent in law is presented below:

1). Would like to congratulate you on this special day of love. Anniversary means the celebration of togetherness in every emotion. You are the perfect couple who always being together in joy and tear. I wish many more years of your companionship. Happy anniversary.

2). The journey you have crossed together with full of highs and lows. You smile together in success and you support each other in loss. You both make a loving family with your love and sacrifice and I am happy to be a part of the family. Congratulation and happy marriage anniversary.

3). There are lots of memories you make together, some give you smile and some make you surprise. You never let each other alone, even for a while and today you both are the true example of love. Congratulation on your anniversary.

4). You both welcome me in your heart and make me a part of your life; the house you made is not by the bricks, but by your emotion and that is why each corner of it tells the story of your love and the support for each other. The bonding you shared with each other is stronger than a mere arguments and fight. Be happy always and still you have a long way to go together.

5). When time came to enjoy, you both opened your heart and smile together, when time went wrong, you both make it right. Your love makes your journey a joyride where you together paint a dream with each color of emotion. But the canvas of your life says there lots of emotions are yet to felt.